Masters of the Universe

I had always been reluctant to join a Masters Swimming team. Back in the Canary Islands when we were kids, we used to laugh at them, saying something along the lines – “if you are not good enough to make it to the Nationals, you should retire” (ah, youngsters). Then I moved to Madrid and I joined the “Canal Isabel II” team (now defunct), given that I had swum with some of the guys before. But when you are starting to work in the financial sector in Spain and you leave the office at 8pm you get nasty looks at you, so I didn’t last much in the team.

Fast forward a couple of years, when I discovered the Open Waters in Hong Kong in 2012. The guys used to train in the pool during the week in order to race in the beach on the weekends, but I was really bored of pools at that point, and preferred to run instead, in preparation of my marathon. I liked open waters and I was good at it, and I did notice that swimming once or twice per week wouldn’t get me anywhere. So, when I moved to NYC and thought of doing the 48km Swim Around Manhattan / 20 Bridges, I knew I had to get back in shape in the pool first.

Manhattan is a weird place for Masters Swimming. Considering its population of 4m+, there are not many pools or teams, and some of them do not always swim in the same pool, so establishing a routine is not easy. There is only one indoor LCM (50 meters) pool, a handful of SCM (25 meters) pools and a few more SCY (25 yards) pools. The LCM pool was a bit far away from home, so I chose a SCM pool not far from me – Baruch College – and looked at the teams that swam there. Red Tide only swam one day a week there, and Bearcats and Hydras, 3 mornings a week. For some reason that escapes me now, I chose Bearcats, did a trial and joined the team in 2016.

I quickly grew fond of the team and of my lane-mates and waking up was easier everyday as I was not only swimming but having fun with them. In his End of the Year letter, Head Coach Jim writes “Bearcat Masters evolved from a club team and has grown into a family. We race against each other. We swim with and for each other. We look up to and after each other. That’s what makes our team different from the other masters teams I’ve seen.” To top it all, I was able to drop into some practices of NYC Hydras, and had a great time with them too. Baruch College was home.

However, the management of the pool is not ideal and there were constant issues that I won’t get into now. When I finished my Continents Seven project I knew I had to do things differently if I wanted to stay motivated and I decided that one of them had to be the pool. So, I changed teams and joined AGUA, in Asphalt Green on the Upper East Side, the only LCM pool in the city. Swimming 6 days a week in a 50m pool is quite a challenge but I’m living up to it.

I do feel bad for the mates I left behind, though. Back home, I used to swim for the poor team (CN Las Palmas) and the best kids would move to the richer club (CN Metropole) because they had the potential of being paid there. We would blackmail and tease them for a while, and not speak to them in races, but we eventually kept the ties and valued our long-standing friendship. I hope it's the same here :-(

Thank you, Bearcats, for these two wonderful years and see you all very soon. 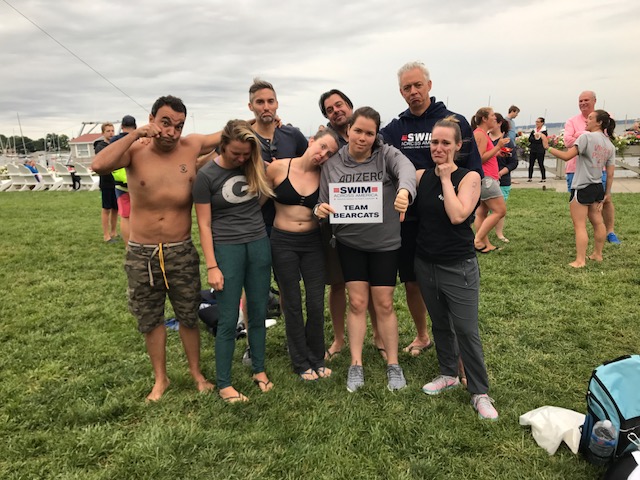